The history of the Electrical Engineering Department at Satya Wacana Christian University (UKSW) in Salatiga, Indonesia

The arrival of pak Liek, after completing his doctoral studies* at Michigan State University, saw him took over the teaching of some of the Foundation Physics courses in FIPIA, as well as some higher Physics courses in FTJE (Electromagnetism) in 1971.

He was eventually appointed as Vice Rector of Academic Affairs at Satya Wacana, and also held the position of Vice Rector for Planning and Research. He was instrumental in introducing the SKS system (Satuan Kredit Semester) in the revamped FTJE curriculum in 1974, which was eventually adopted by the whole University.

He has been a prolific writer in the fields of science teaching, philosophy of science and the development of scientific language in Bahasa Indonesia in several key Indonesian publications.

For this body of work, he was awarded a Honorary Doctor of Science by Vrije Universiteit Amsterdam in October 1990.

* with his Thesis: "A Complete Fourth-Order Vibration-Rotation Hamiltonian of H2O-Type Molecules" 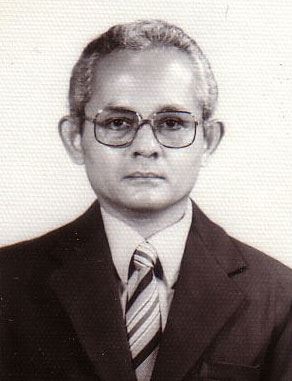